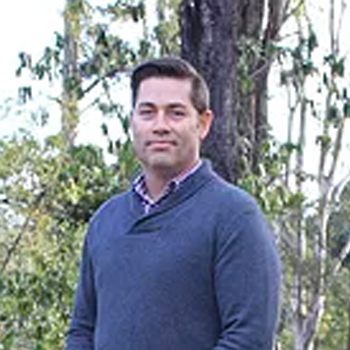 The 5th of 6 children, David grew up on farms in NSW. An active child, afternoons and weekends were spent exploring paddocks, dams, haystacks and hills near home.

David’s dad, Bill, was a local scout leader and David developed a keen interest in the boy scouts, participating as a cub than a scout. While living in Wagga Wagga, David then joined the Air Cadets, which then started an association with the military that lasted 18 years.

Enlisting into the Army Reserve at the young age of 17 while still a year 12 student, David took to the Army well. He was completing his combined recruit and employment training as an infantry rifleman in 1995. In 1996 he transferred to the Regular Army and trained as an armoured crewman, posting to Darwin at the end of 1996.

From 1996 until 2007 David worked in Darwin, Townsville, Toowoomba, Canberra, Seymor and Melbourne and deployed to East Timor as a team leader. He also retrained as an electronic warfare operator in 2000.

In 2007, transferring back to the army reserve having moved to Canberra, David worked part-time at the Defence Signals Directorate at Russell Offices. In 2008 he posted to the Special Operations Command and volunteered for a tour to Afghanistan over Christmas 2009 – 2010. Further trips followed over Christmas 2010 – 2011 and a summer tour in 2012. Over his Afghanistan tours, David was embedded with special operations teams forward-positioned with snipers and command elements and responsible for the electronic targeting of enemy combatants and providing real-time threat assessments of enemy movements.

Back home, now in Brisbane, over 2012 to 2014. David worked for a property developer at the Gold Coast. In 2014 he started a business with two partners which has now grown to be a successful property development and marketing company. With his two business partners, he is also the co-owner of two successful motels in NSW and QLD.

David is a 50/50 dad to his two sons and a daughter whom he invests a lot of his time and love into. He is involved with the RSL as President of The Gap Sub Branch and also participates in personal growth and development seminars at least weekly. He is active in trail running, exercising and Netflix binges.