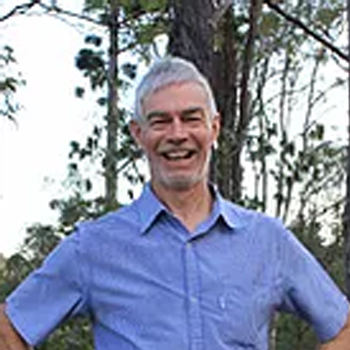 Doug was raised in Newcastle NSW and entered RMC Duntroon in January 1975, completed a BA (Mil Studies) and graduated into RAAOC in December 1979. After 26 years of service, he left the Army as a Major in 2000 to take up employment as an Operations Manager with Australian Catholic University (ACU) – Brisbane. After leaving ACU in 2005, Doug managed our Strata Management business until its sale in 2016 and now retired. Doug met and married his wife Kerry in 1982. He has two adult children (Gavin & Alicia) and one grandchild.

His current interests include sea kayaking, travel and camping. Doug and his wife are both retired and now live at Hope Island with our two dogs, cat and Cockatiel. Over the past four years, they have travelled around Vietnam by motorcycle, been through Malaysia and into Cambodia, visited China and managed several trips to the USA.

Doug served as the President of The Gap RSL Sub-branch /Chapter from 2013-15, then as Honorary Secretary until March 2019. Kerry & Doug are active in their church parish and have recently joined the St Vincent de Paul Society which they have been involved in delivering ‘Meals on Wheels’ in the Ashgrove/Bardon area. They also will again participate with the Paradise Point group in due course. Doug currently serves as a Committee Member of two Body Corporate Committees. He also was a Strata Manager for over ten years performing secretarial and financial duties for over one hundred Community Titles Schemes.

Doug brings broad Administrative and Management skills to the role as Honorary Secretary and looks forward to working with the Chairman, Directors and CEO to achieve the goals of Trek2Health.